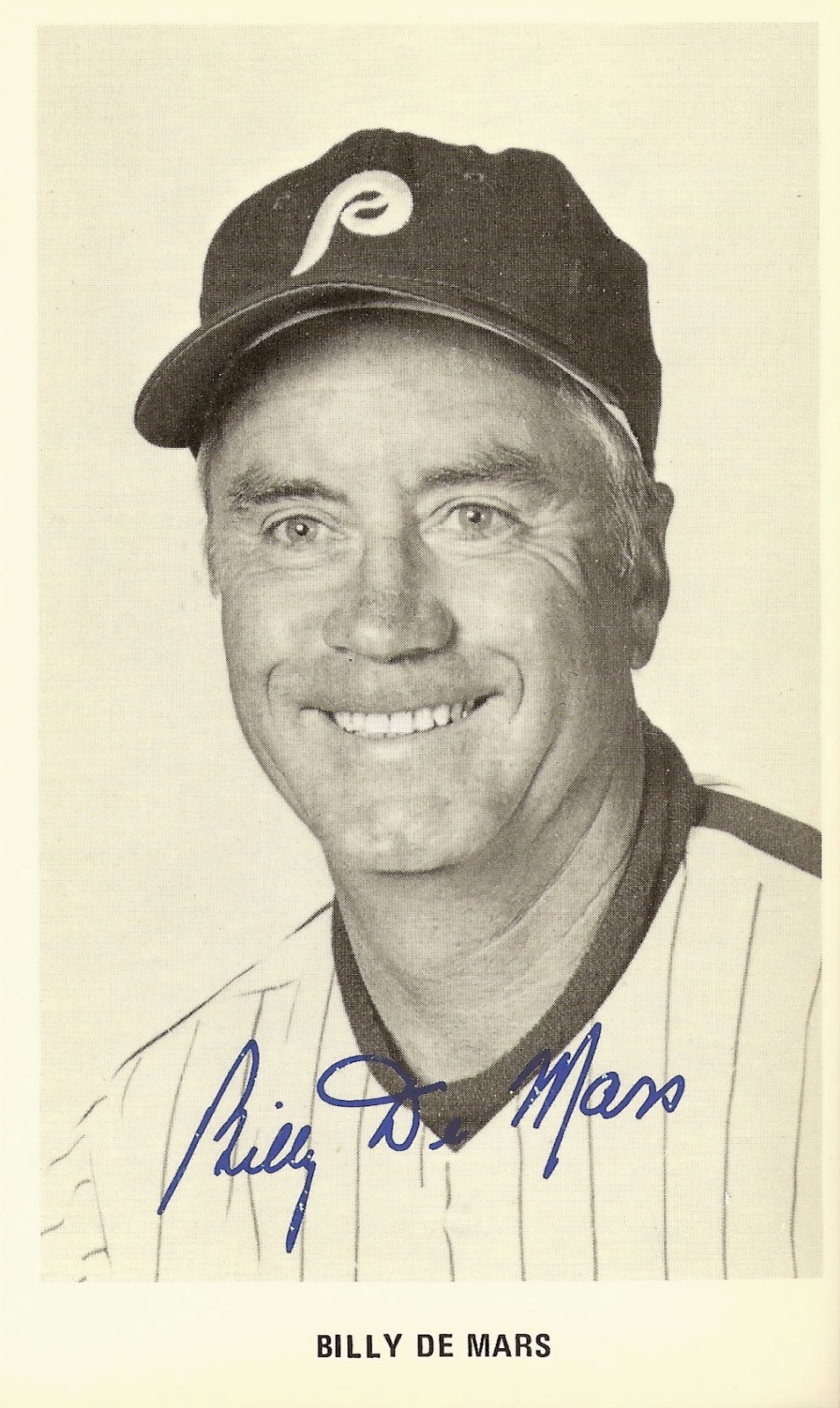 Number of Cards:  39
Card Size:  3 1/4" x 5 1/2"
Description:  As was the case with all Phillies photocards issued throughout the 1970s, these cards feature a black and white photo with the players' name below.  The backs of the cards are blank and there's no indication on the cards themselves that they're from 1974.  With the exception of the cards for Ollie Brown, Jay Johnstone and Pete Richert, all cards have a blue facsimile autograph on the front.

How Distributed:  The cards were handed out to fans individually and supplied to the players in order to reply to fan mail or to honor autograph requests.  I could be wrong, but I don't believe the cards were ever originally available in complete set form.

The first and last Phillies cards of Jesus Hernaiz (27 games), Frank Linzy (22 games) and Pete Richert (21 games) can be found in this set.  The First Appearance designation is for players who have never before appeared within a Phillies team issued set.  These players may have already appeared on other Phillies baseball cards.

Based on comments from Rick and Steve below, I've added Gene Garber to the checklist and I've removed the variation card that I originally listed for Mac Scarce.

Variations/Rarities:  The checklist found at The Trading Card Database lists four cards with autograph variations, featuring slightly different placements of the facsimile autograph.  As noted on the checklist above, there are also two different versions of Mac Scarce's card to be found.  I wasn't sure which version was more prevalent, so I've listed them both as part of the main checklist.
Also See:  1974 Topps Stamps Phillies
Trivia:  I found the DeMars card featured here through an eBay search for "Phillies Photo."  It was only through the awesome photos provided at The Trading Card Database for this set that I was able to identify this card as being from 1974.  Collector Dave Sosidka uploaded the checklist and scans of all cards to the databse back in 2011.
Resources:  The Trading Card Database; Phillies collectors Steve and Rick (@rickphils)
Posted by Jim at 7:00 AM

My list for this year has Gene Garber as a late addition (as he came to the Phillies on July 12). But I don't have the card and I have never seen it. Maybe Rick has seen it?

Yes there is a Gene Garber. Also, the "big smile" Mac Scarce is the 1973 team issue. The Phillies had composite photos that were a black and white 8.5x11 trifold with a schedule on the other side. It's easy to see the difference between the two Scarce cards by looking at the composites.