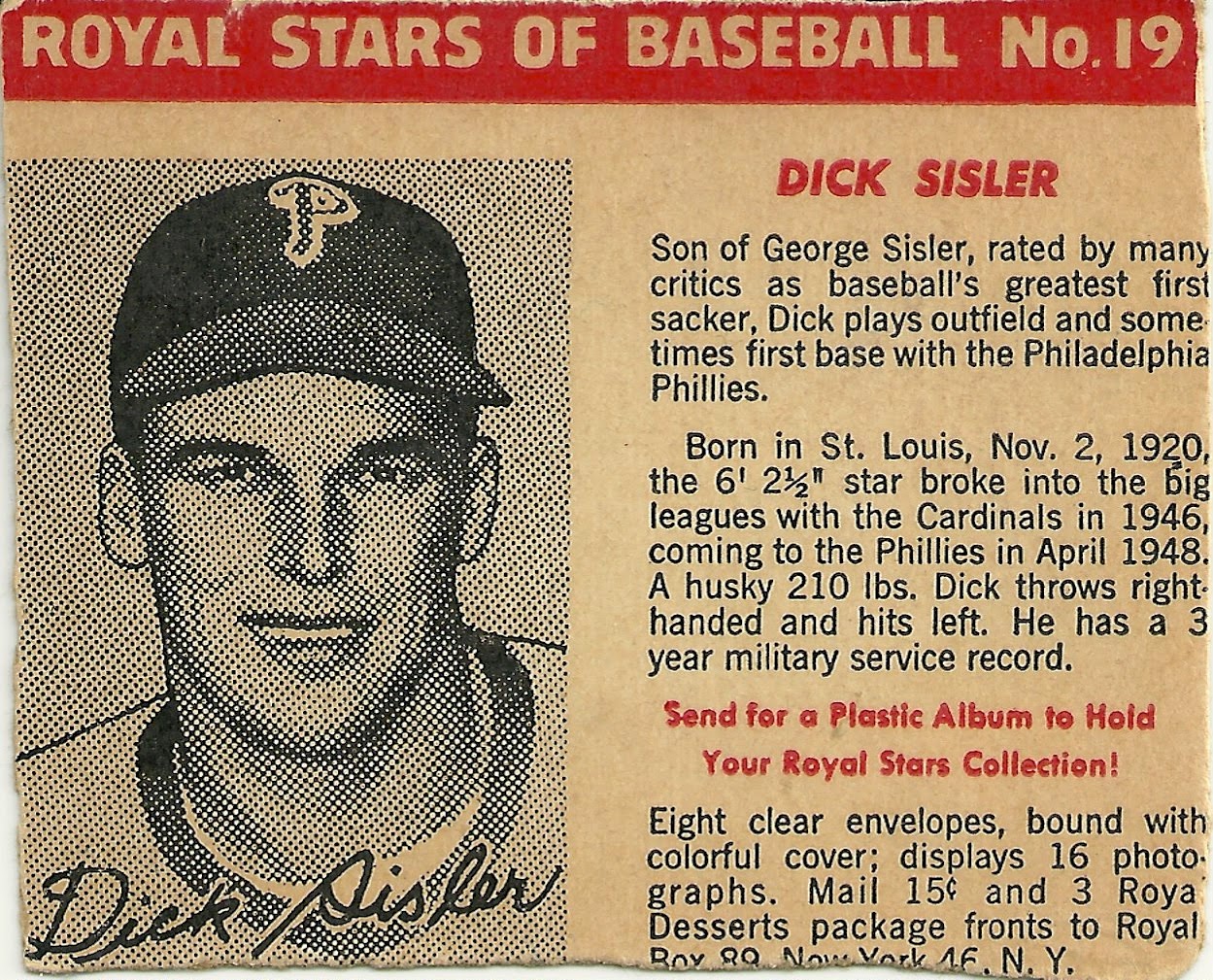 I recently added this early oddball card to my growing Dick Sisler collection.  Whenever I track down a card like this, I like to try to find out as much as possible about the card and the set it comes from.

According to the 2012 edition of the Standard Catalog of Vintage Baseball Cards, these cards were issued one per box on the backs of various Royal Dessert products between 1950 and 1952.  24 total players were included in the set, although numerous variations exist as the makers of the cards either switched up the tint used for the photo (black or blue) or updated the player's biography.  There's also a nice summary of the set with a few more pictures over at Old Cardboard.

According to the Catalog, there are four different versions of the Sisler card available and the Beckett online database indicates that one of the latter versions was updated to mark Sisler's move to the Reds.  The only other Phillies card available from the set is a card for Andy Seminick.

I'm going to forgive the kid who haphazardly cut this Sisler card out of his box of pudding, solely because of what can be found on the back of the card.  The original owner included his or her own back of the card biography, which in my opinion makes this card even more fantastic. 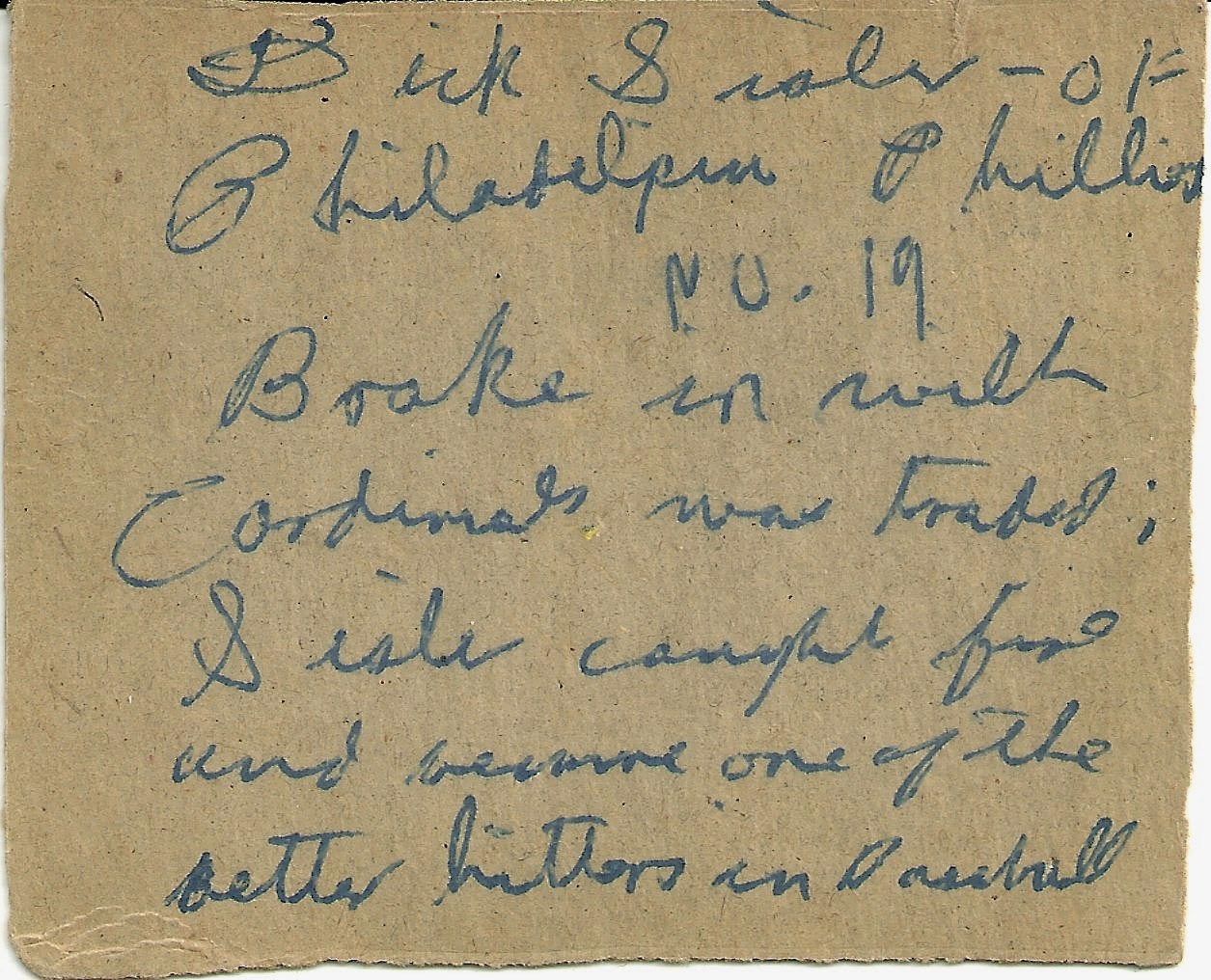 Dick Sisler - OF
Philadelphia Phillies
No. 19
Broke in with
Cardinals was traded;
Sisler caught fire
and became one of the
better hitters in baseball.

My Dad would have been 71 today, and he would have found this card to be equally fascinating.  He'd probably even have a story or two to tell me about his favorite brand of Royal Desserts.  I'm collecting these Sisler cards (and cards of his other favorite player, Del Ennis) as a continuing tribute to him and it makes me happy to be able to share these cards here.

We don't have any Royal Desserts products in our pantry, but I think tonight I'll have a big bowl of ice cream in my Dad's honor.

(P.S.  At some point during this offseason, my Dad would have intoned in a ridiculous, sarcastic voice that his new favorite Phillie was Odubel Herrera.  He would have then shook his head and said, "I mean, what are they even doing?")
Posted by Jim at 8:50 AM

Email ThisBlogThis!Share to TwitterShare to FacebookShare to Pinterest
Labels: 1950, Sisler

It's awesome that you have a collection in tribute to your Dad. Good luck with it.

That's a great write-up on the back. I wonder whether that was copied from a Topps or Bowman card from that era, or if the kid was trying his hand at becoming a writer of the backs of baseball cards (a la 16-year-old Keith Olbermann with the 1976 SSPC set). Either way, good stuff!