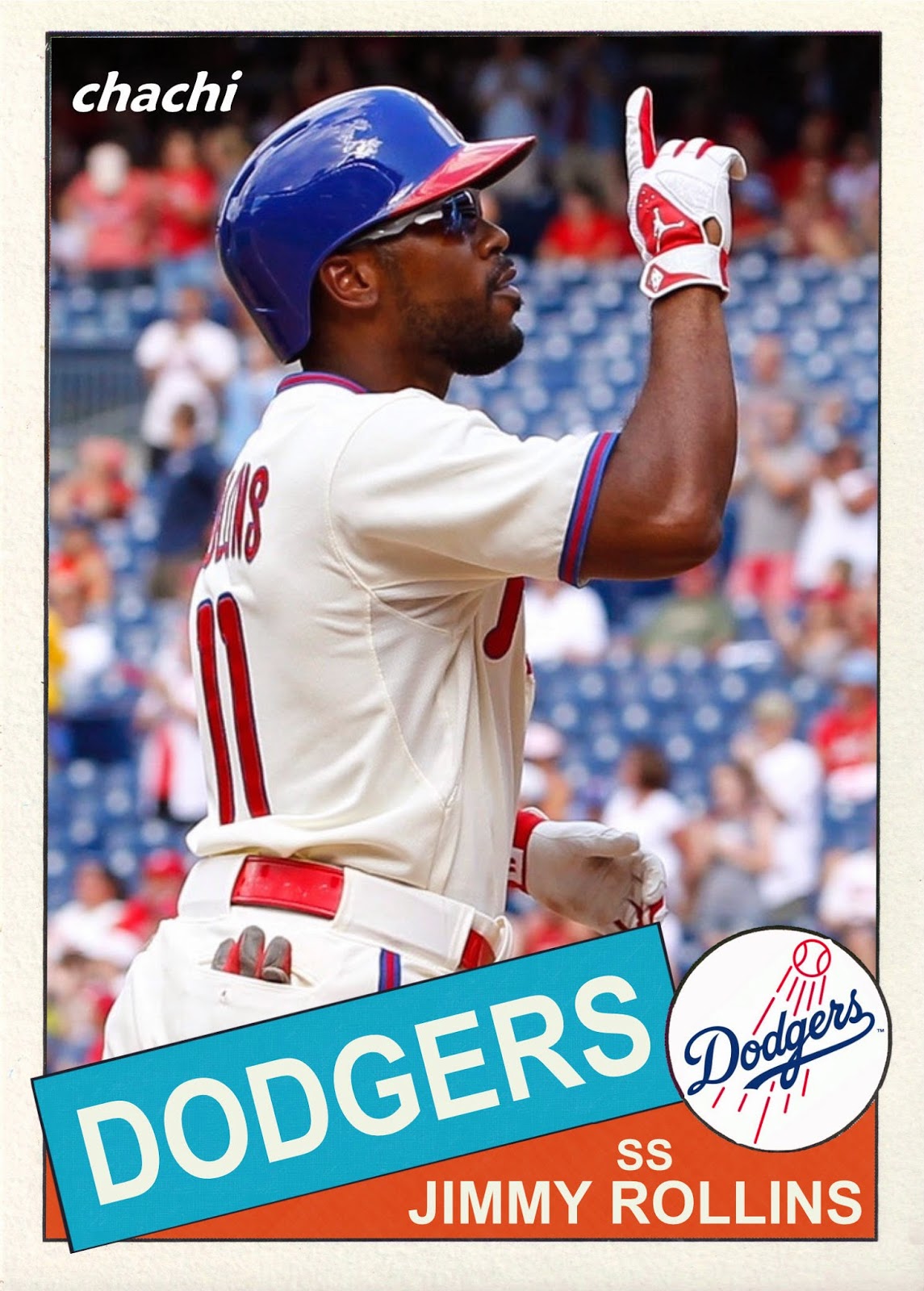 We were walking around Epcot in the late afternoon of December 10th when I first found out that Jimmy Rollins had been traded to the Dodgers.  It was a surreal experience.

I was checking my phone while we were taking a break, figuring out what country to visit next when I started reading the first Tweets.  The rumored trade quickly escalated from a rumor to a report to a done deal, and just like that the face of the franchise for the past decade was gone and I was trying to mentally picture him in Dodger blue with a red number 11 on the front of his jersey.  I broke the news first to my wife and then to my eight-year-old son Doug, who is still in denial about the deal.  I was "that guy" walking around Epcot, face down towards my phone, reading the new reports coming in and ignoring my surroundings.  I managed to put down the phone and enjoy the rest of the afternoon/evening with my family.

Back at our hotel room, I caught back up and began the process of coming to terms with the fact that Jimmy Rollins would be a Los Angeles Dodger in 2015.

The logic side of my brain completely gets the move.  The Phillies are not going to compete in 2015 and perhaps for several years after that.  Rollins wants to play for a contending team in his twilight years and he's originally from California, so he approved the deal waiving his 10 and 5 rights.  The Phillies were able to get two potential future arms for their rebuilding pitching staff.  So I get it.

The emotional side of my brain is upset at the move, to say the least.  I know that Rollins moving on was inevitable, but I wasn't ready for it yet.  Almost two weeks later, I'm starting to come to terms with the change and I find myself in the strange position of wanting to root for the Dodgers next season.  So I'm slowly coming to terms with the trade . . . although I don't think he'll ever look right in blue.


* * *
The Rollins deal netted the Phillies two new pitching prospects - Zach Eflin and Tom Windle.  Both are expected to start the season at Double-A Reading.  Eflin has readily available baseball cards in both the 2013 Bowman Chrome Prospects set and the 2014 Topps Pro Debut set.  Windle has appeared on more cards at this stage in his career, and recent cards of his can be found in the 2014 Topps Heritage Minors and 2014 Topps Pro Debut sets.