Description:  The Phillies came up with this card design . . . and then took the next six years off.  The 1989 to 1995 team issued sets are all identical in design, containing the player's, coach's or manager's name in a red band with white text.  The card backs feature biographical information along with complete career statistics.  This set is notable as it's the last set (to date) to be sponsored by Tastykake.

How Distributed:  A 32-card set was given away to all fans on May 13, 1989 at Veterans Stadium and a 37-card set was available for sale at the ballpark throughout the season.  Both sets contain identical photos, but the 32-card giveaway set cards feature a darker tint and are not as vibrant as their 37-card counterparts.  The 32-card sets can be found in uncut sheets and thanks to fellow collector Rick, I recently added these cards to my collection via an eBay auction.  As (I believe) the 37-card set is more prevalent, I've listed the stadium giveaway 32-card set (and its variations) under the Variations/Rarities section below.

Complete Standard Checklist (37):  The cards are unnumbered, but I've presented them below ordered by uniform number.
Complete Update Checklist (9): 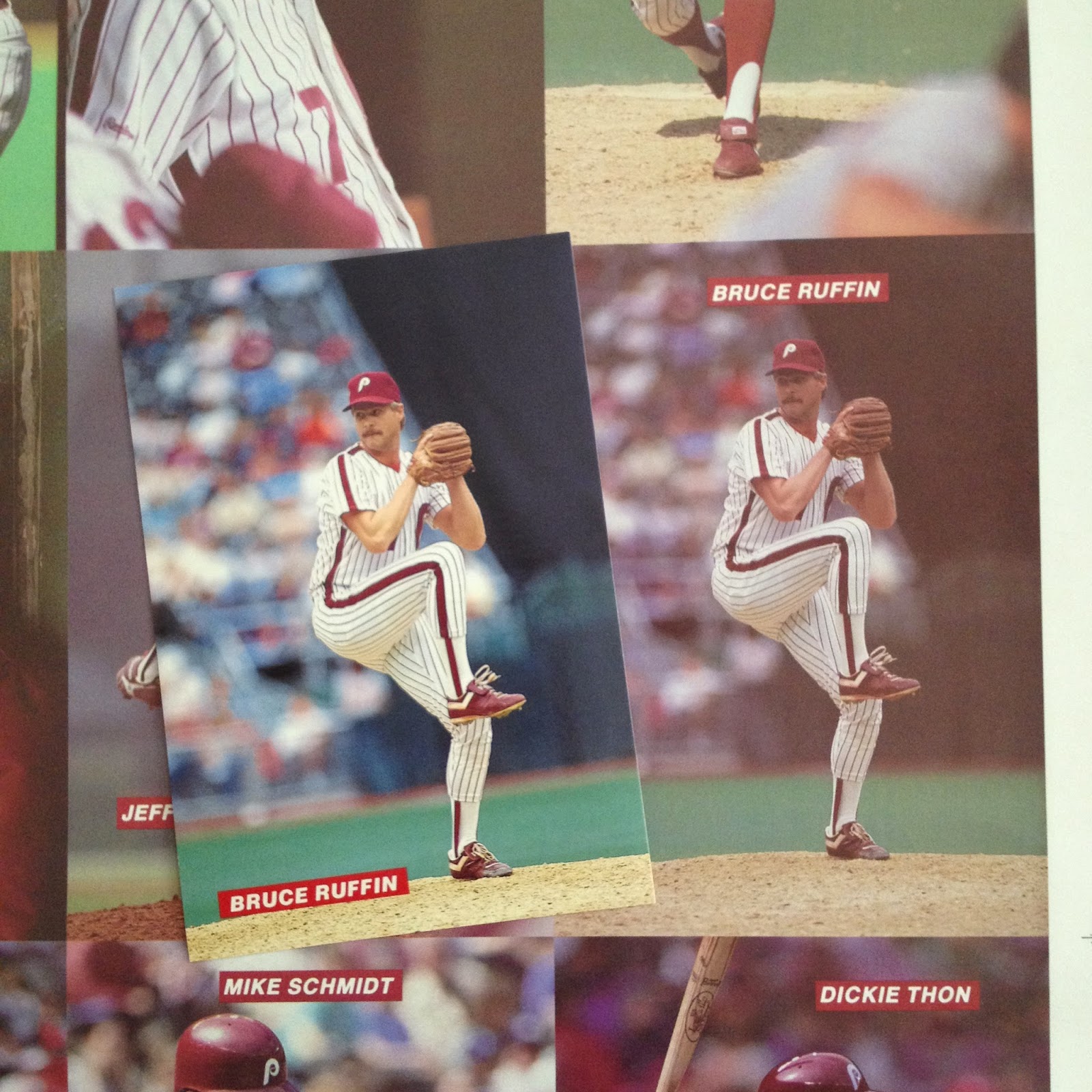 Unless you're a Phillies team issued set or Bruce Ruffin super collector (and why wouldn't you be?) there's really no need to add these cards to your collection.

Also See:  1989 Phillies - The Missing Links, 1989 Topps Phillies
Trivia:  Beckett's online database omits the header card.  The Beckett database also lists the James card as an uncorrected error card, given that James wore #18 in 1989, but the back of his card lists #26.  James had switched from #26 mid-way through the 1988 season.  Kudos to Beckett for even noticing this in the first place.
Resources:  14,000 Phillies; Phillies SGA; Beckett.com; Phillies collector Rick (@rickphils)
Posted by Jim at 12:00 PM