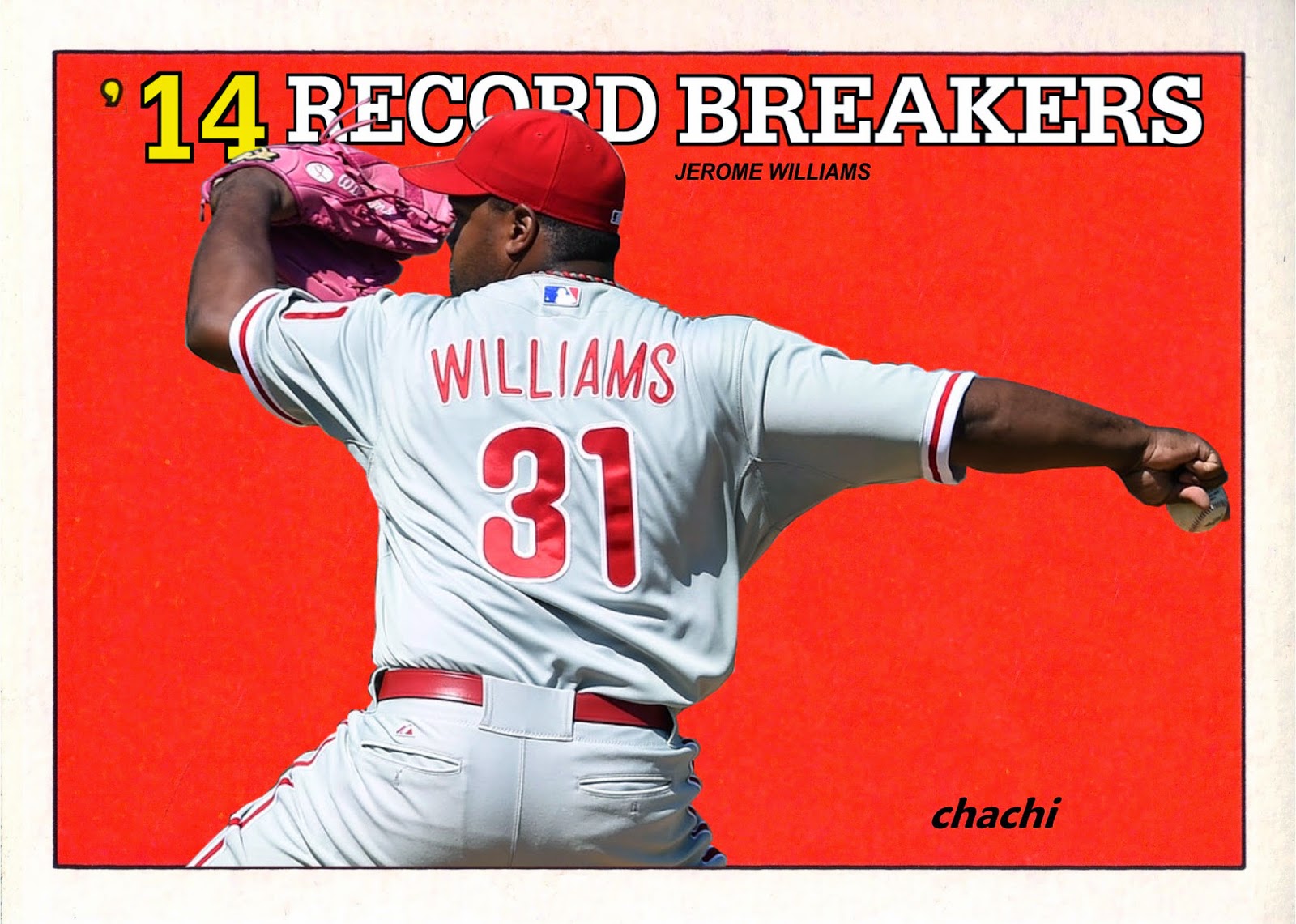 One Sentence Summary:  Jerome Williams pitched another great game and Ken Giles notched his first career save as the Phillies shut out the A's, 3-0.

What It Means:  Williams set a record by defeating the A's for the third time this season, with each of his three wins coming as a member of a different team.  As a member of the Astros, Williams won against the A's on April 26th.  He won again as a member of the Rangers on July 25th.  And he completed the hat trick with a win yesterday.

What Happened:  Williams pitched seven innings, allowing just four hits while striking out three.  Giles, filling in for the suspended Jonathan Papelbon, closed out the game to earn his first career save on his 24th birthday.

Freddy Galvis provided all the offense the Phillies would need with a two-run home run (his 4th) in the seventh inning.

Featured Cards:  I took a family vote as to whether or not Williams' feat deserved a Chachi Record Breakers card.  My wife and oldest son voted that it did in fact deserve a card, while my youngest son abstained from the vote due to indifference.  I cast the deciding vote, figuring that the feat was cool enough to merit its own card.

I also wanted to include a Giles card, to celebrate his first of hopefully many saves in a Phillies uniform.  This is his first mainstream baseball card, from this year's Bowman set.
Posted by Jim at 7:00 AM