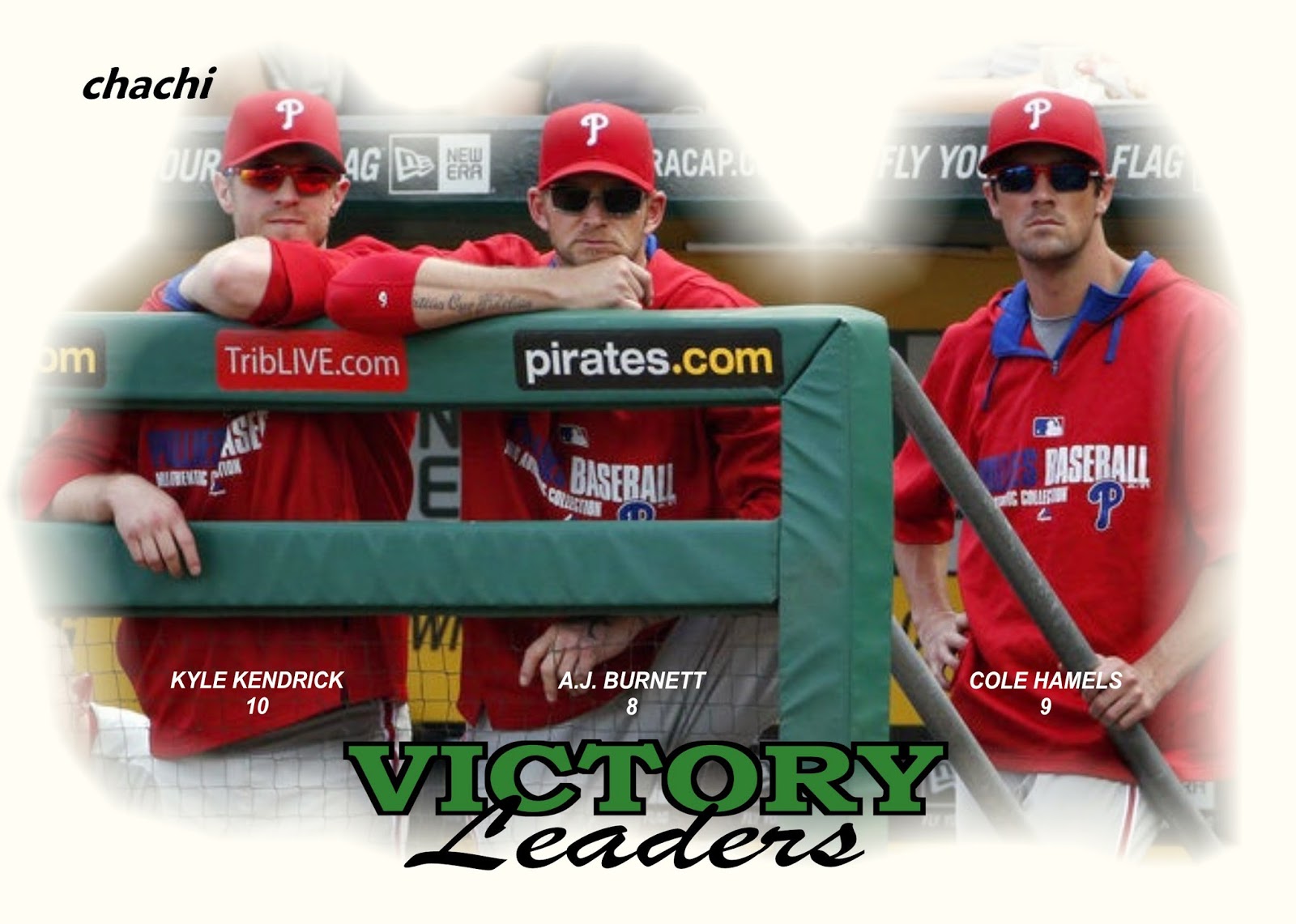 One Sentence Summary:  The 2014 Phillies shuffled off into the history books with a 2-1 loss to the Braves.

What It Means:  It means the Phillies finished with an identical record as 2013.  No forward momentum, no big set back, just the status quo for the 2014 Philadelphia Phillies.  In 2015, they'll try to avoid a third straight losing season for the first time since the dark ages of 1994 through 2000.

What Happened:  Cole Hamels turned in another great performance . . . and suffered his ninth loss of the year.  Hamels allowed two runs on three hits in his eight innings of work while striking out seven.  The sole Phillies run came when Ben Revere grounded into a double play in the eighth and Freddy Galvis scored from third.

Featured Card:  I had to come up with a team leader template for this year's Chachi set, since there were no leaders cards within the original 1988 Topps set.  I decided to use the Team Leaders cards that I mocked back in this post, and I've tried to mimic the faded border of the photos in the originals.  I'll feature the other Phillies Team Leaders, as depressing as they may be, throughout the coming weeks.

Memory Lane - Game 162
This is the sixth season in a row I've summarized the daily happenings of the Phillies, and I'll be back for a seventh season in 2015.  Again, I know you're going to get better analysis and more frequent updates elsewhere, but I do this because it's fun for me.  I sincerely enjoy the interaction with all my readers, and thank you for sticking around during this long season.

" I know you're going to get better analysis and more frequent updates elsewhere..."

That may be important in good years for the Phils, but in years like this and last and 2012, you provide me with an appropriate level of information about the games. :-> Thanks for all your work in providing another great season of summaries, and I'm looking forward to the off-season and another year of daily reports!