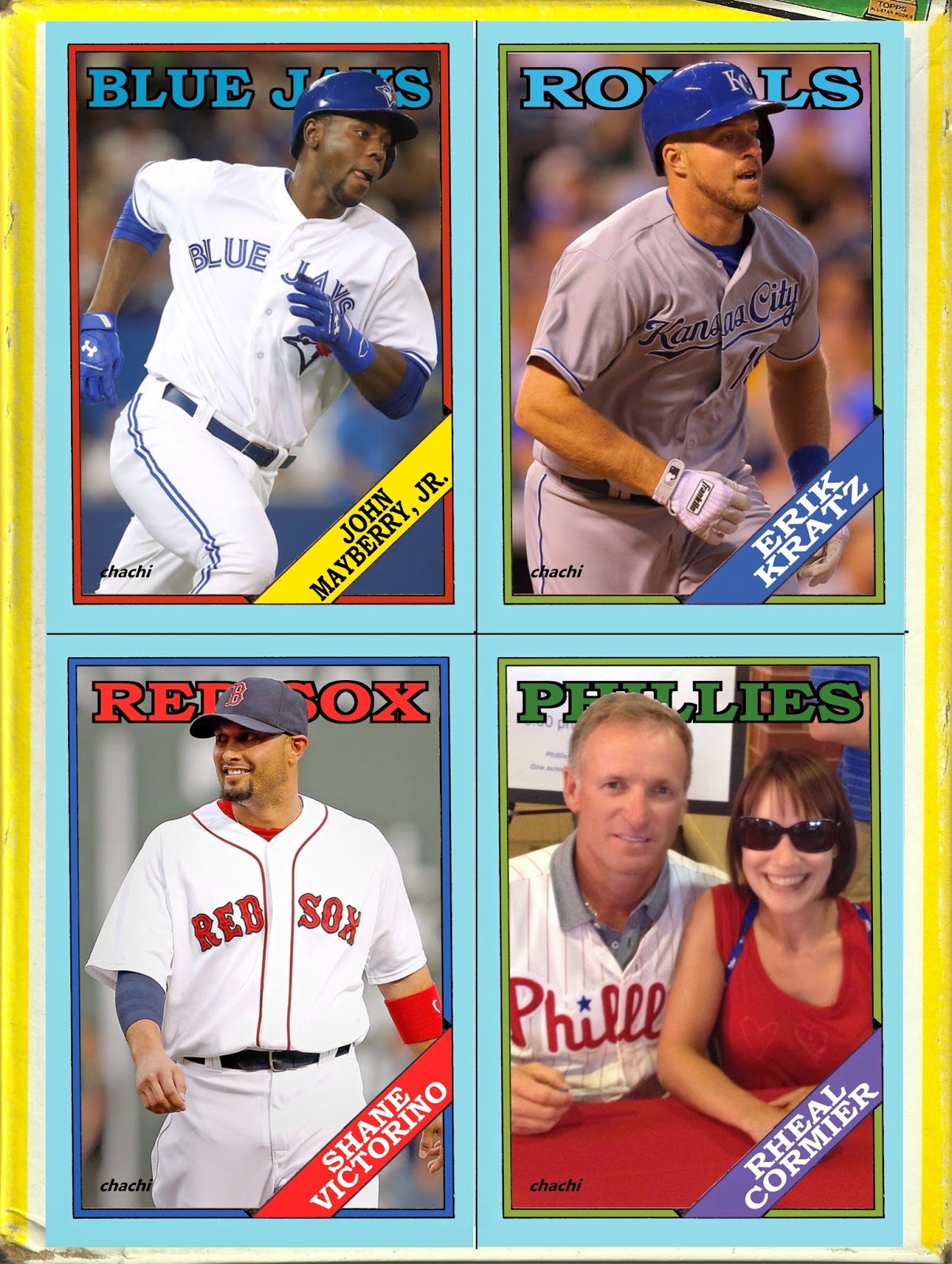 I averted a near disaster a few nights ago, when I was taking out the recycling and I dropped an empty box that had previously contained 36 2014 Chachi wax packs.  The box landed top down, and I couldn't believe that there were four more Chachi cards printed on the bottom!  I carefully cut around the outside border of the four cards, and I'm presenting these rarities here.  They're the same as the regular Chachi cards, but with a baby blue border.  The cards feature former Phillies with their new teams and Phillies Room favorite Rheal Cormier.

The box I was getting ready to recycle was from the late third series of this year's Chachi cards, so I'll have to track down boxes from the first and second series to see if those boxes had cards on the bottom too.  Let this be a lesson to you!  Always check your wax box bottoms to see if there are any hidden treasures to add to your collection.

Now the only thing I have to decide is whether I should cut them out or keep them together on one panel in order to retain their future value.
Posted by Jim at 12:00 PM

I have a favorite...

I always check for wax bottom cards! Unfortunately mine never look as cool as these.

I read the posts out of order and had the following three responses:

1) This Tekulve's pretty sweet, there should be Chachi box bottom cards
2) There are? When did that happen?
(follows link)
3) How did I miss these? Oh, the post was yesterday? OK... Cool stuff!

I should have been doing this all year . . . guys like Grady Sizemore and Jerome Williams could have had box bottom cards and it would have helped alleviate my anxiety caused by lack of Phillies cardboard for these guys.