One Sentence Summary:  A late Phillies rally was wasted when the Nationals triumphed in the 10th inning, 5-3.

What It Means:  It means the five game winning streak is over.

What Happened:  The Phillies were done in by lead-off walks to the Nationals.  Phillies pitchers walked the lead-off man in the 1st, 6th and 10th innings, resulting in Nationals runs each time.  Another Cole Hamels performance was wasted, as the lefty went seven innings allowing three runs on five hits. Jayson Werth hurt his former team with a two-run home run in the sixth off Hamels.

The Phils came back to tie the game in the eighth on Ben Revere's RBI single, but reliever Jake Diekman couldn't keep the Nationals off the board in the 10th.

Featured Card/Field Report:  We were there (for the entire game) and Doug got to meet 19th inning relief specialist Wilson Valdez before the game.  If you're keeping track at home, add Valdez to the list of former Phillies appearing on a Phillies Alumni postcard.  And I think it's great that the card features the career infielder in his history making pitching performance.

I'm going to catalog this card as a 2014 issue.  It's strange that the back of the card bears a 2011 copyright date, especially when Valdez was still playing with the Phillies in 2011.  Valdez last played in the Majors in 2012 when he appeared in 77 games for the Reds.

My personal record dropped to 3-4 at Phillies games this year. 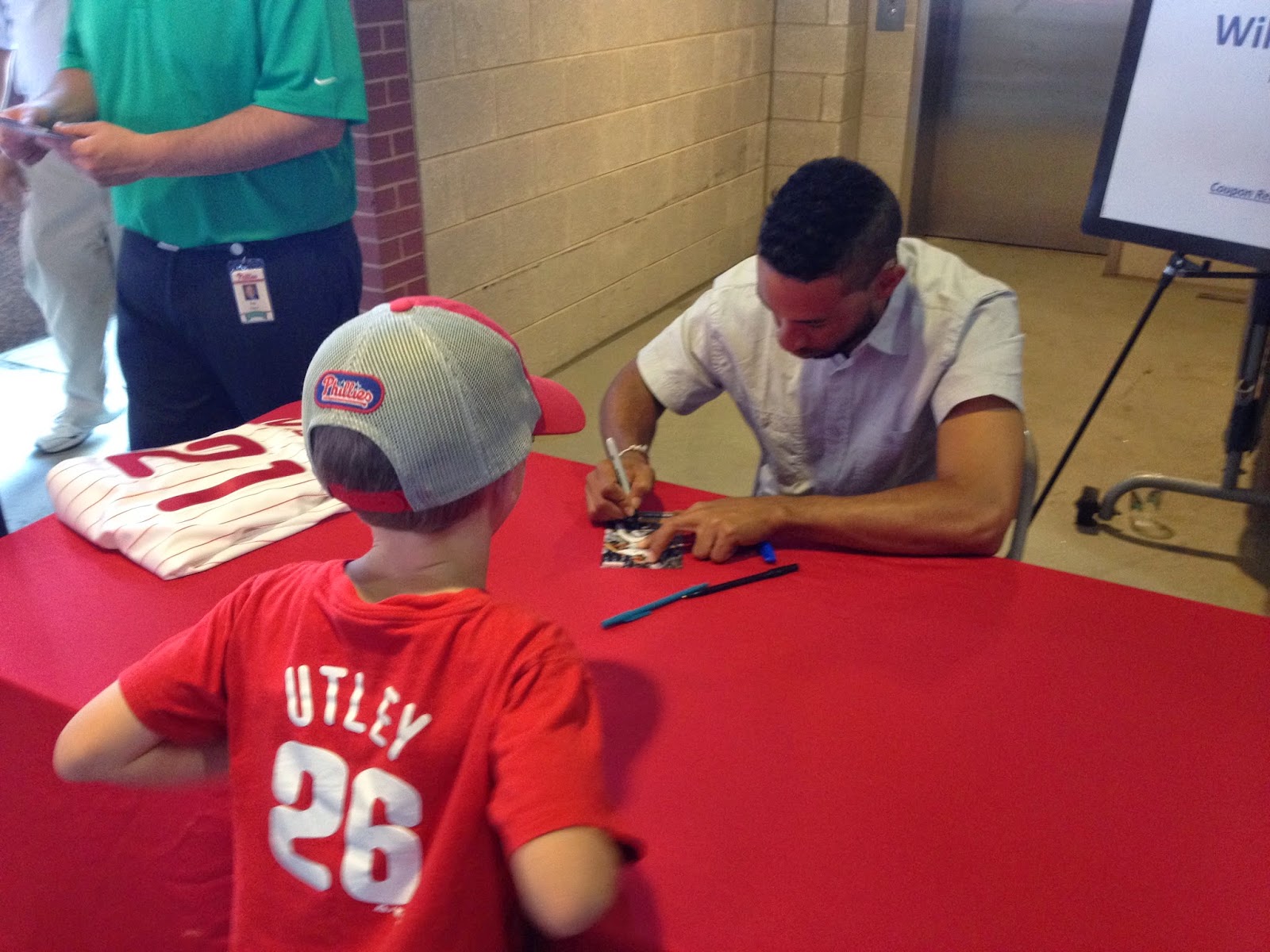 Email ThisBlogThis!Share to TwitterShare to FacebookShare to Pinterest
Labels: 2014, Valdez