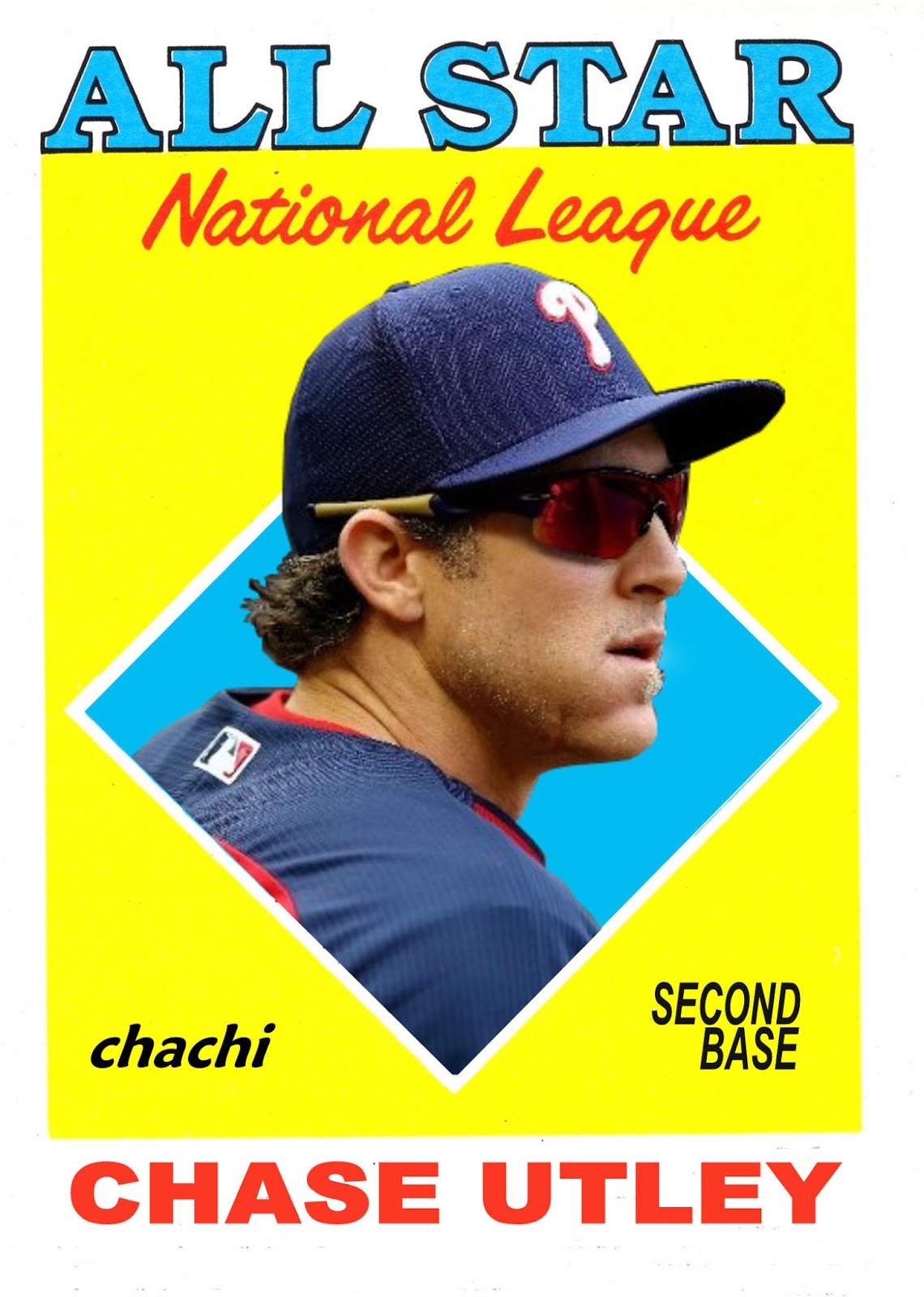 One Sentence Summary:  Mike Trout's RBI double in the fifth broke a 3-3 tie and eventually led to the American League triumphing over the National League, 5-3.

What It Means:  The American League won their second All-Star Game in a row, giving the eventual A.L. Champs (A's?) home field advantage in the World Series.  Derek Jeter was playing in his 14th and final mid-summer classic, and Fox tried hard to make the viewers forget that anyone other than Jeter was involved in this game.  I'm all for classy send-offs, but I found myself talking back to the broadcasters more than usual - "Just show the game!" and "Enough already with Jeter!" were common refrains.  That being said, I still love the All-Star Game and I hope I always will.

For the record, I only complained once to my wife about the two-toned special hats being worn during the game. 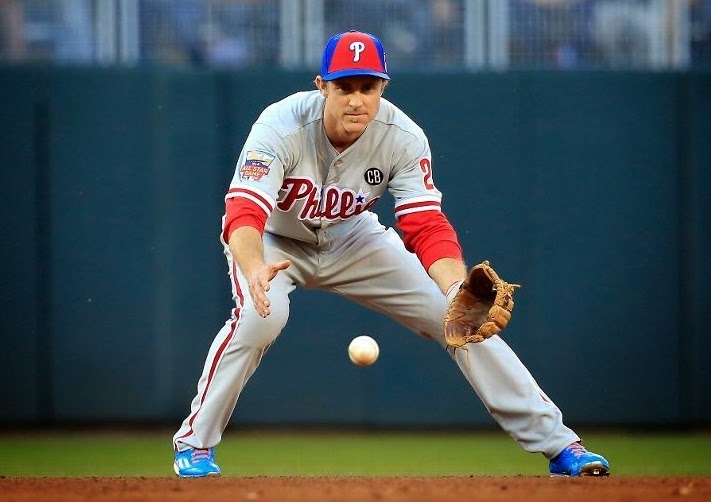 In Utley's second at-bat, he was hit with a Chris Sale fastball, and pinch-run for at first base by Dee Gordon.  Gordon scored the N.L.'s third run on Lucroy's second double of the game.  Trout's second RBI came in the fifth, and following a Jose Altuve sacrifice fly that scored Alexei Ramirez, the A.L. had their 5-3 lead.

And then I promptly fell asleep.  My seven-year-old son Doug gallantly tried to stay up and watch the entire game with me, but he too drifted off somewhere around the seventh inning.  Turns out we didn't miss much.

Featured Card:  This was Utley's sixth trip to the All-Star Game, and therefore this is his sixth Chachi All-Star card.  I wish I had a reason to make a few more of these cards for the 2014 Chachi set, but Utley was the team's sole All-Star representative for the first time since 2003 when Randy Wolf was the lone Phillies All-Star.

It's a shame that you didn't get more opportunities to use that nice all-star design, but at least Jeter Jeter Jeterry Jeter ugly hats Jeter Jeter McJeter.

This was the first ASG I've ever skipped completely. I just knew I wouldn't have survived all Jeter all the time.

The whole experience kind of Jeter'd.