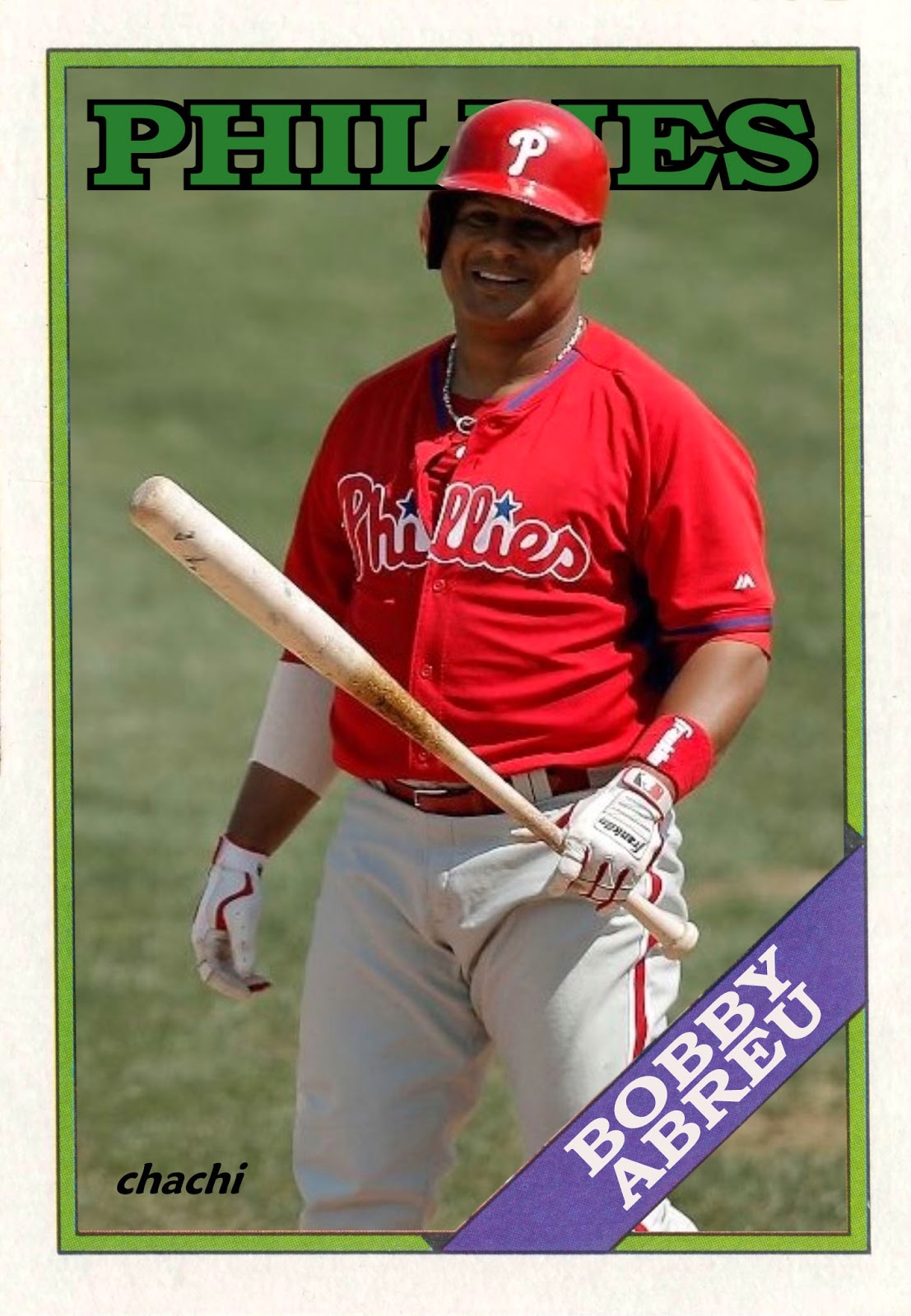 One Sentence Summary:  The Phillies wrapped up their Florida portion of the exhibition season with a less than impressive 3-0 loss to the Blue Jays.

What Happened:  A.J. Burnett allowed a run on three hits in his five innings of work to lower his spring ERA to 6.05.  A Jimmy Rollins single was the offense's lone contribution for the day.  Jonathan Papelbon pitched the ninth inning wearing a Carlos Ruiz jersey.  He's a nutjob.

Featured Card/Camp Head Count:  37 - 2 = 35.  For the second time, the Phillies bid adieu to Bobby Abreu as the veteran outfielder was released yesterday.  In his second abbreviated stint with the club, Abreu looked good with the bat, but looked awful with the glove.  The thought is that he'll latch on with an American League club where he can assist with DH duties.  As much as I would have liked to see a reunion with Abreu, for pure nostalgia's sake, I agree with the logic of not carrying someone who was going to be a liability on the field.  For his troubles, Abreu earns a Chachi Almost card which is the virtual insert set reserved for those players who almost make it into the official Chachi set . . . but not quite.

Pitcher Jonathan Pettibone was also optioned to Triple-A yesterday, leaving the Phillies with 35 bodies on the roster.
Posted by Jim at 7:00 AM

Frees up a spot on the 40-man for Michael Martinez...

Actually, the first thing I thought was, does B.J. Rosenberg get his number back?