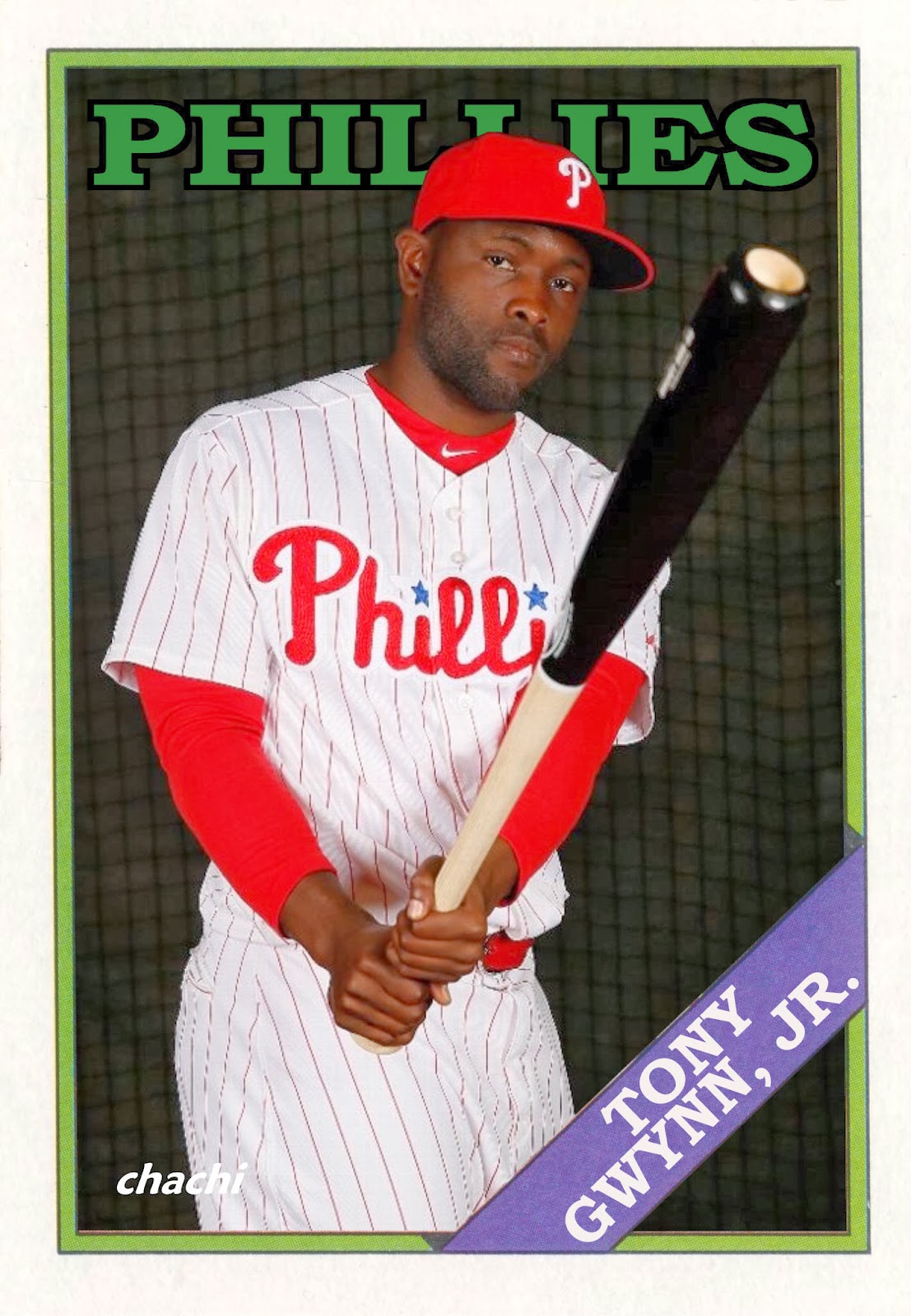 Tony Gwynn, Jr. may be a long-shot to make the opening day roster, but I didn't want that to hold him back from having his very own Chachi card.  I was browsing through the team's picture day photos posted on the ESPN photo wire, and once I saw that Gwynn's picture was included I knew he was going to get his first Phillies card - albeit a virtual one.  If Gwynn makes the club, he'll be the third son of a Hall of Famer to play for the Phillies.

And I might as well post an updated list of non-roster invitees.  Pitcher Chad Gaudin failed his physical on the first day of spring training and was released.

Photo Day happened already? Damn these Olympics for distracting me...

I love Photo Day, the first chance to see images of players in their new unis.