A few weeks ago, I explained to my son Doug how the playoffs work and what it meant to get all the way to the World Series.  I regaled him with stories of the Phillies appearances in the World Series during my lifetime in 1980, 1983, 1993, 2008 and 2009 and I told him how incredibly happy it made me when they won in all five years ago.

Doug is a huge Shane Victorino fan  (see here for reference) and he wanted to contribute to "that thing on Daddy's computer where he writes about the Phillies and his baseball cards and some people read it," otherwise known as this here blog. 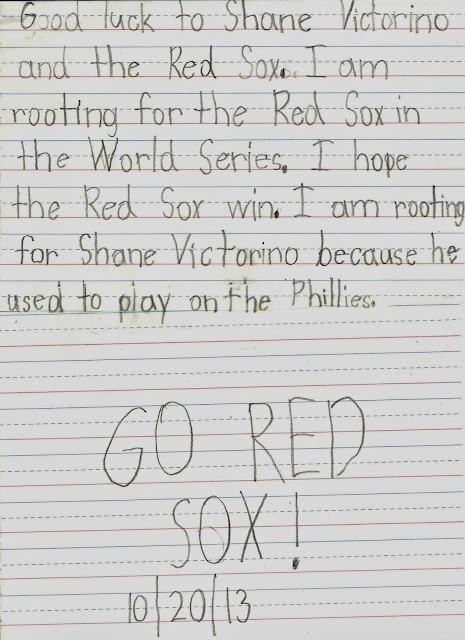 Email ThisBlogThis!Share to TwitterShare to FacebookShare to Pinterest
Labels: 1961, 2010, Victorino

Getting him hooked on the blog bug early, eh?

Nice post by the young man! Good choice too. In a postseason where the two teams I liked the least made it all the way, I suppose Victorino is reason enough for me to root for the Sox too.

Your son said it a lot better than me, though!

I explained to him the lesson to be learned from all of this: It's sometimes very tough and very draining to root for a team, but it's equally rewarding when it all pays off.