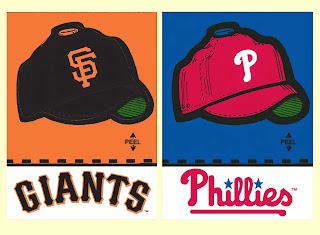 At the Ballpark:  Tomorrow afternoon is Phillies Photo Day and fans will be permitted onto the field to take close-up pictures of the meandering Phillies players, coaches and broadcasters.  All fans will also receive a "2012 Phillies Print," which if it's anything like prior years will be a team photo.  On Sunday afternoon, kids will receive a Roy Halladay Fathead Jr. - aka a Halladay sticker you can stick to a wall.

1979 Topps Flashback:  When I was pairing up Phillies cards to feature within the flashback segment of my series preview posts, Jose Cardenal was the odd man out.  In his 18-year career, Cardenal played with the Giants, Angels, Indians, Cardinals, Brewers, Cubs, Phillies, Mets and Royals, yet there wasn't a natural pairing with another Phillies-related 1979 Topps card for the light-hitting outfielder.  So here he is, all by himself.