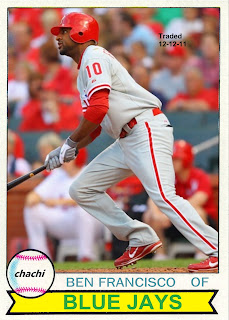 There has been a deal.  The Phillies cleared some roster space and freed up a little cash by trading outfielder Ben Francisco to the Toronto Blue Jays yesterday for left-handed minor league pitcher Frank Gailey.  The Phils opted to move Francisco rather than offer him arbitration before last night's deadline.  Francisco came to the Phillies from the Indians as part of the July 2009 Cliff Lee deal.  In his 2 1/2 seasons with the club, he hit .259 in 225 games with 17 home runs and 75 RBIs.  His most memorable moment in red pinstripes came during Game 3 of last year's N.L.D.S. when his pinch-hit three-run home run gave the Phillies a 3-2 victory. 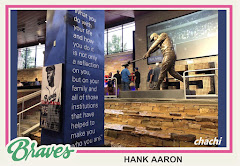