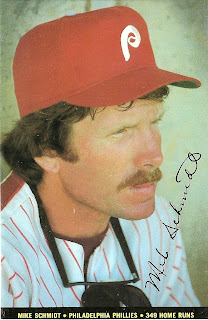 One Sentence Summary:  The bats were quiet again as the Giants won, 4-1.

What It Means:  The Phillies have now lost consecutive games for the just the fifth time this season and this was their first home series loss since early May against the Braves.  Their record is now 65-39 and the team opens a three-game weekend series with the Pirates tomorrow.

What Went Wrong:  The Phillies were 1 for 12 with runners in scoring position tonight, while stranding ten runners on base.  Chase Utley left five men on base, coming up short with runners in scoring position in the  third and fifth innings.  Utley redeemed himself a little in the seventh with an RBI-double to score the only Phillies run of the game.  Tim Lincecum (9-8) shut down the Phillies for the first six innings and Brian Wilson shut them down in the ninth to record his 33rd save.  I despise them both.

Kyle Kendrick (5-5) pitched decent enough in his start, allowing four runs (three earned) on six hits in his 6 1/3 innings.  But the Phillies were punchless at the plate and Kendrick's efforts were all for naught.  Where's a good middle-of-the-order right-handed bat when you need one?  Houston?

Featured Card:  This afternoon, I received my Phillies haul from the 4-Buck Oddball Break held recently over at Indians, Baseball Cards and Random Wax.  I jumped at the chance to participate once I saw that David was opening 20 packs of 1983 Topps Foldouts as part of the break, since I had never before seen or heard of this release.  (It should also be noted that all proceeds from the break went to a very worthy cause.)

I also received a nice assortment of 1986 Fleer Stickers, 1985 Topps Rub Downs and a trio of Von Hayes coins among other wonderful baseball card oddities.  Thanks David, and I'm looking forward to any future oddball breaks!

Email ThisBlogThis!Share to TwitterShare to FacebookShare to Pinterest
Labels: 1983, Schmidt