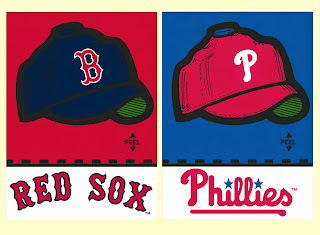 First Game: The first time these two franchises squared off was back in Game 1 of the 1915 World Series on October 8, 1915. Grover Alexander pitched a complete game for the win, besting Ernie Shore and the Red Sox. The Red Sox would win the next four games to win the Series.  I'm sincerely hoping the Phils get a chance to even the score this October.

At the Ballpark: It's going to be electric at the ballpark over the next few days, which is worth more than any freebie or promotion. Nevertheless, all kids will receive a W.B. Mason/Phillies collectible truck on Wednesday night.

Cliff Lee is on fire. We had to have this game in order to win the series, and I like our chances the rest of the way. Seemed like a playoff-like atmosphere at the ballpark tonight.