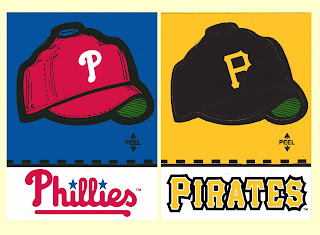 First Game:  The Pittsburgh Alleghenys made their National League debut in 1887 after spending the first five years of their existence as part of the American Association.  On May 30, 1887, the Alleghenys defeated the Philadelphia Quakers by a score of 2-1 in the first game of a double header.  The Quakers would take the second game.

At the Ballpark:  At one of the best ballparks in baseball, tonight is Free Shirt Friday.  Fireworks follow Saturday night's game and all kids receive a Pedro Alvarez batting practice jersey on Sunday afternoon.