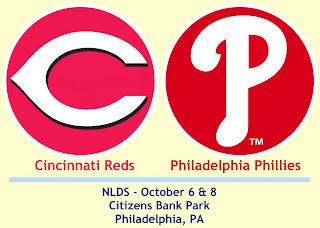 It's starting and I'm still at work! I hate the West Coast sometimes. Do you know where the video feed online is?

Also, you forgot the 1981 Division Series appearance by the Phillies in the postseason list (does it count?)

I hope you got to see it!

Totally forgot about the '81 NLDS. I'm going to add it to the list.