Phillies at Marlins: May 28th through May 30th 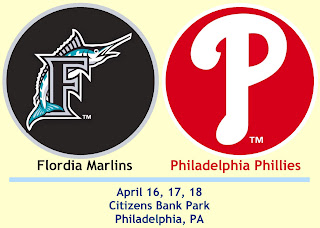 1998 Topps #218 Darren Daulton
Teal Dutch: Darren Daulton escaped from the last place Phillies in July 1997, joining a team that would go on to win a World Series. The last 52 games of Daulton's 1,161-game career found him manning first base and occasionally pinch hitting for the 5-year-old Florida Marlins. He hit a respectable .262 with 3 home runs and 21 RBIs as a Marlin. After earning a World Series ring, Daulton announced his retirement from baseball.
In 2007, he published his autobiography, If They Only Knew. Amazon's description of the book provides the following summary: "If They Only Knew is about the interesting world of the metaphysical and the author's beliefs and personal experiences with it. Daulton delves into issues of ascension such as dimensions and levels of consciousness, the Mayan Calendar and December 21, 2012, creating one's own reality and a lot more. The book's message is clear- Open your mind to new ideas and know that there is more to our life than only what we can see, feel and touch!" But will this help the Phillies score any runs?
Phillies Probables: Kyle Kendrick, Roy Halladay, Jamie Moyer
Marlins Probables: Chris Volstad, Josh Johnson, Anibal Sanchez
Please disregard the series graphic in the upper right hand corner. The Phillies are playing in Miami, and not in a sideways universe series in April in Philadelphia. Or are they?
Posted by Jim at 12:00 PM