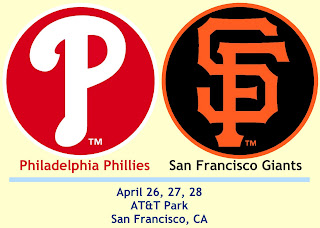 Records: Phillies 11-7, 1st Place in NL East (1½ games ahead of the Marlins, Nationals and Mets); Giants 10-8, 2nd Place in NL West (1 game behind the Padres)
Former Giants with the Phillies: The only current member of the Phillies' organization with a connection to the Giants is current TV broadcaster Gary Matthews, who played with the Giants from 1972 until 1976.

1987 Topps Wax Box Cards #B Steve Carlton
Lefty's Departure: After 13 months of exclusively posting Phillies baseball cards, this is the first time I've ever posted a non-Phillies baseball card. I honestly feel a little queasy about all this, but at least I'm going with an all-time great to break the Phillies-only streak. I'll ease into this process, so there might not be another non-Phillies card for a few more weeks. Baby steps.
On June 24, 1986, future Hall of Famer Steve Carlton was released to make room in the pitching rotation for up and comer Bruce Ruffin. A little over a week later, he signed with the San Francisco Giants, and he made his Giants' debut on July 6th against his original team, the Cardinals. Lefty lasted only 3.1 innings in his first outing, and other than a 7 inning outing on July 26th, his Giants career was less than lackluster. He'd pitch in only 6 games for the Giants, picking up his 4,000th career strikeout on August 5th and then getting subsequently released on August 7th.
Phillies Probables: Roy Halladay, Jamie Moyer, Cole Hamels
Giants Probables: Jonathan Sanchez, Todd Wellemeyer, Tim Lincecum
Posted by Jim at 12:00 PM

I'm psyched; I'll be at the game this evening. Expect a full report. Unfortunately, rain is in the forecast for Tues and Wed. Otherwise, I would go to those too.

Also, congratulations on the new addition to your family!

Thanks Dan! I'm hoping the East Coast rain we're having right now leaves the West Coast alone. Have fun at the game. I'll need some caffeine to keep me up through the game tonight.

Dad - The Carlton card was cut from the side of a wax box saved from a Wawa trash can over 20 years ago.

Airbrushing aside...this just doesn't look right...sort of like seeing Ozzie Smith as a Padre, which is my alltime weirdest player in a uniform for a team that he didn't get famous with.

I actually moved to Ohio about the time Steve Carlton signed with the Indians at the end of his career and it was actually a big deal in the papers, as if he would turn the team around, neverminding he was about 4 years past being effective at that point.

This card is an abomination that I refuse to acknowledge even exists.