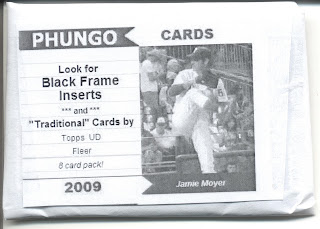 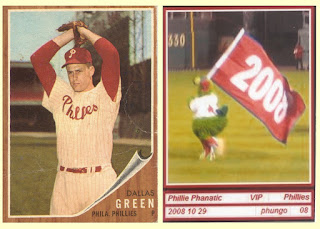 Finally, Phungo sent along several vintage Phillies cards to fill in some of the holes in my '60s and '70s binder, including this 1962 Topps Dallas Green card. He mentioned he was including a fairly beat up 1965 Topps Jim Bunning card and he wasn't kidding! This poor card was completely abused, and it looks as if someone had attempted to give Gentleman Jim a handle bar mustache. However, into the '65 team set it goes, at least as place holder!
Thanks again Phungo!
Posted by Jim at 12:00 PM