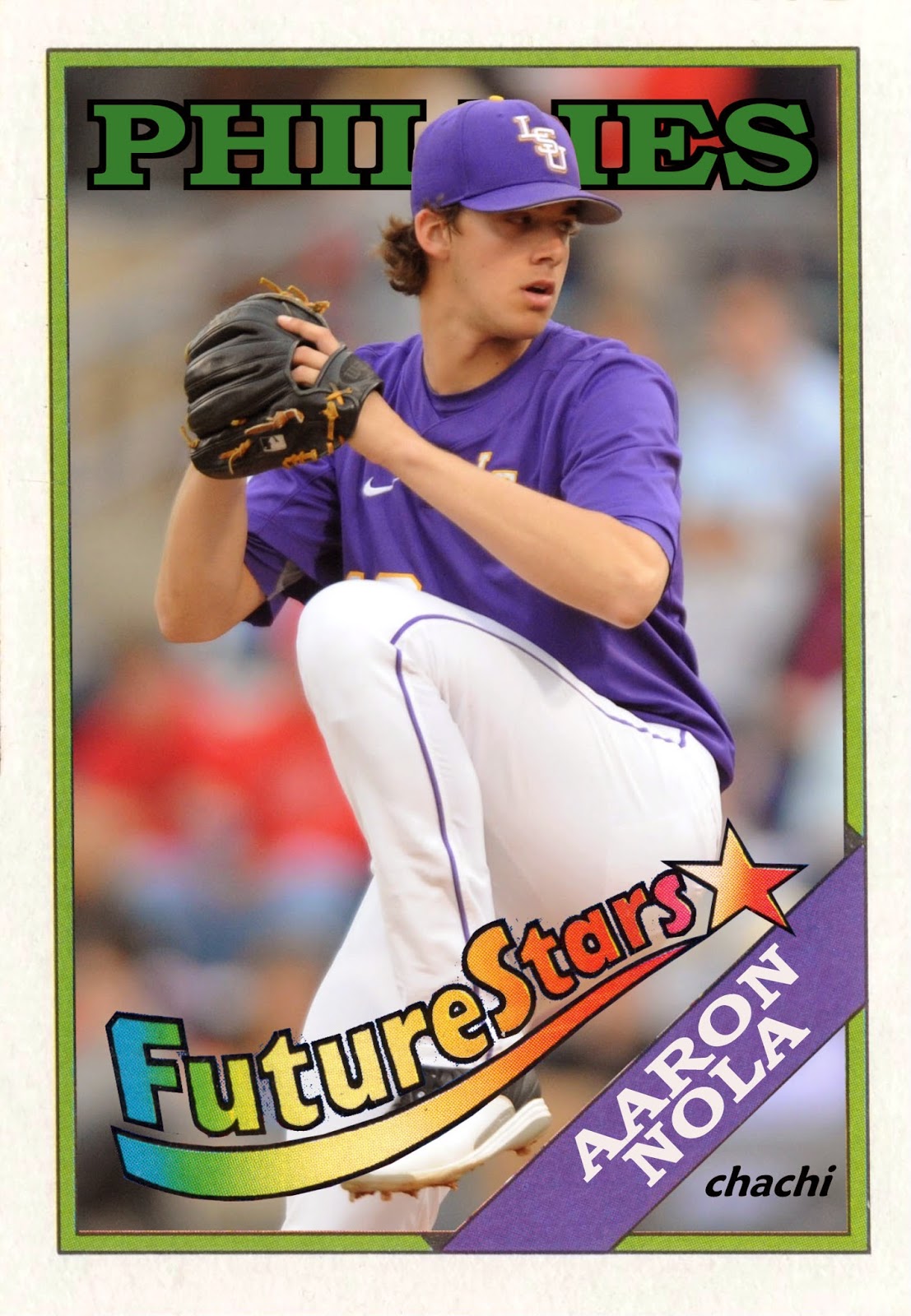 One Sentence Summary:  The Nationals completed the three-game sweep of the Phillies with a 4-2 win.

What It Means:  The Phils have now lost six in a row, and they head to Cincinnati for a three-game series with the Reds.

What Happened:  Kyle Kendrick actually pitched better than usual, allowing four runs in his seven innings of work.  The offense was mostly quiet with the exception of a two-run home run from John Mayberry, Jr. in the seventh.  Hopefully the Red Sox scouts were watching.

Featured Card:  I haven't created any draft pick cards in the past, but for some reason I felt the need to make a card for the Phillies #1 draft pick this year, pitcher Aaron Nola.  Nola was selected seventh overall last night and was a junior last season with LSU.  Overall, Nola went 30-6 with a 2.09 ERA in his college career, winning SEC player of the year honors in 2013 and 2014.  He becomes the first college pitcher drafted by the Phillies since they took Joe Savery in 2007.

What intrigues me about Nola is that scouts predict he could be the first starting pitcher selected in this year's draft to make the Majors.  Given the current state of free-fall the team is experiencing right now, it's nice to have something positive to think about.
Posted by Jim at 7:00 AM

The kid is great. I've watched him pitch a lot. Great composure, tons of skill. He's going to do well.

Nice looking card there--and nothing says 1988 or 1989 like the rainbow color through the word Future Stars!

I like this pick, especially considering the fact that he should be ready for the big leagues soon.

It doesn't seem right that a guy named "NOLA" would be from Baton Rouge. His parents should be held accountable... After all, their name isn't "BRLA"!

I hadn't thought about it, but I suppose I should do a draft pick custom or two... at least for the Mets pick.

This pick definitely has me excited!

And yes, Team Shlabotnik should at least consider the creation of a few draft pick cards.